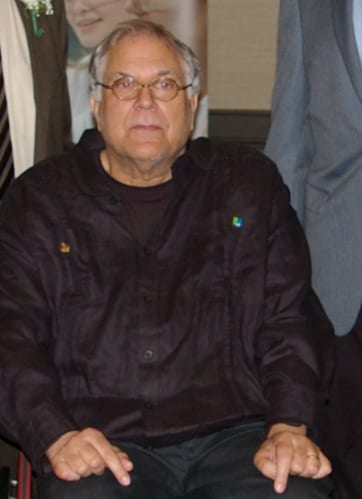 David Schroeder teaches at Miami Dade Community College as a professor teaching composition, creative writing and screenwriting.  He also consults at the Miami Animation & Gaming International Complex (MAGIC).  A graduate of Gloversville High School, he has an associate’s degree from FM and earned an M.A. in American Literature at the University of Miami.

At 18, a paralyzing spinal cord injury resulted in him becoming a quadriplegic. In 2001, he received the Peter H. Clayton Endowed Teaching Chair for teaching excellence.  He has studied 42 post-graduate courses in screenwriting with professors Tom Musca “STAND & DELIVER” and Paul Lazarus “WEST WORLD” at the University of Miami.

David has 13 medals in the National Wheelchair Games and a world record in the wheelchair marathon.  He is a six-time member of the US Disabled Sailing Team, and circumnavigated Manhattan in a kayak.  His freelance writing includes magazine features, technical writing, and most recently screenwriting.

David won the Golden Palm Award, presented at the 2013 Beverly Hills Film Festival.  He has won ‘Best Screenplay’ 63 times for 6 different scripts since 2010.  He produced his award winning short screenplay, “THIS MODERN MAN IS BEAT” which world premiered in London at the Raindance Film Festival, and won the Jury Award in the 2016 Nice International Film Festival (premiered in 19 countries, 126 film festivals, and won 105 Best Awards, so far).  David is married to his wife Pilar and resides in Miami, FL.