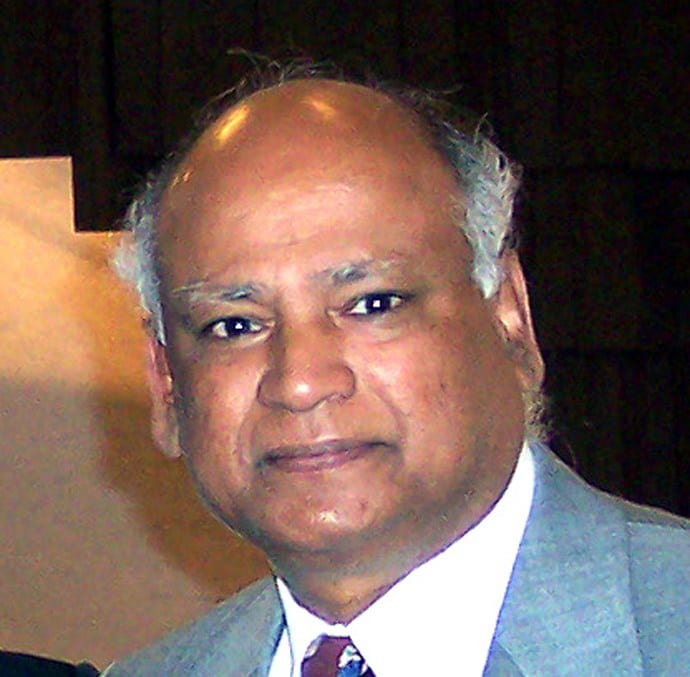 Dr. Govind Rao, an alumnus of Osmania Medical College, India, has been practicing in Pediatrics and Adolescent Medicine in Amsterdam, NY since July 1972. He and his staff, who approach their work with respect and humility, work out of the Neena Rao Medical Center, named after his daughter.

Dr. Rao would never mention this himself, but he answers all of his after-hours calls himself, without use of an answering service. This is almost unheard of in today’s busy world and especially for his very busy practice.

Dr. Rao is most inspired by the potential he sees in children. “I want children to be healthy, to be productive, and to be part of a healthy family,” says Dr. Rao. “When children are healthy they have a chance to grow into healthy adults. As healthy adults, they can take care of their own families, and most importantly, contribute to the health of their community and society in general.” Part of his mission has been to encourage patients to pursue a quality education so that they can become “good citizens of the world, and to contribute to making it a better place.”

Over the years, Dr. Rao and his wife, Jyothi, have been philanthropical not only to the local community, but worldwide.

Under his guidance and giving, a 1,000-bed pediatric hospital, an operation theatre complex, and conference hall were built, and renovations to the library were made, for the Niloufer Hospital in India, where pediatric care is free.

The 600-bed Osmania Hospital in India was renovated under his direction where all medical care is free. His family donated to the Hindu Temple in order to build the Hindu Cultural Center and the Neena Rao Education Wing. After part of the Walter Elwood Museum was destroyed due to Hurricane Irene, his family helped to buy the Noteworthy Building, now named The Rao Center, which includes the Walter Elwood Museum Education Center.

This past May, his family made a donation to the FM Foundation to assist renovations to science laboratories.

He assists with summer camps at the YMCA and helped to create a digital learning center at the Amsterdam Free Library named the Neena Rao Digital Learning Center –connecting community, opening opportunity.

Dr. Rao was awarded the Hind Rattan Award (Jewel of India) by the Health Secretary of India; he was Chief Guest at the Alumni Global Meet of Osmania Medical College in 2011; and was named Amsterdam Rotary Club’s 2013 Citizen of the Year.