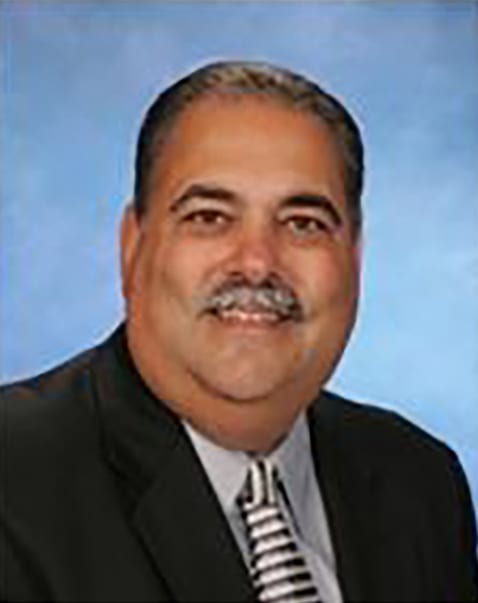 Tom was born and raised in Amsterdam, earning an A.A.S. in Accounting from FM and a B.S. in Accounting from Russell Sage. He enlisted in the U.S. Army and served with the Third Infantry Division, 2nd /39th Field Artillery Unit in Schweinfurt Germany. Once home, he joined the Montgomery County Sheriff’s Corrections Department, and, in 1980, the Amsterdam Police Depart-ment where he retired as a Detective Lieutenant in 2009.

In 2000, Tom was elected Amsterdam Town Supervisor. He has served as Chairman of the Board of Supervisors and, for the past 19 years, as the Clerk-Treasurer for the Village of Fultonville. His memberships include the NYS Government Finance Officers Association, Rotterdam Son’s of Italy, and Amsterdam’s Knights of Columbus Lodge 209 and the Elk’s Lodge 101 (for 25 years), to name a few. He has served on the Board of Education in both Amsterdam and the Fonda-Fultonville School Districts and currently serves on FM’s Land Acquisition Committee.

Tom is a Master Police Instructor and occasionally teaches at the Zone 5 Police Academy in Schenectady. He operates his own private investigation company, AAMS Investigations, which he named after his four children of whom Tom is so very proud: Amy, Anthony, Michael, and Sarah. He is also the proud grandfather to three beautiful grandchildren: Gia, Enzo and Viviana.

GET TO KNOW TOM – FUN FACTS
Favorite Color: Blue
Favorite Song/Band: “Be True to Your School”/Beach Boys
Favorite TV Show: “Taken” and “Person of Interest”
Favorite Food/Restaurant: Italian/Dominick’s, Arthur Avenue in the Bronx
Favorite Sports Team: New York Giants (true fan)
First Car: 1967 Opel Wagon
First Job: Working with Caterer Jiggers DiCaprio
Person Most Admired: Harry Truman
3 Must-Haves on a Desert Island: My wife, children, and grandchildren
Most Interesting Person Met: Gianni Russo, played Carlo Rizzi in the Godfather
Most Embarrassing Moment: “I split my pants one time at a funeral and had to have my wife bring me another pair; I changed on the side of the hearse.”
Any Pets/Favorite Animal: A little Carin Terrier/Dogs
Favorite Quote: “Don’t look in the rearview mirror” & “Just do it”
Favorite FM Memory: “For SCUBA Class we went to Key Largo, Florida to dive in the ocean.”